The primary testing facility was recently retrofitted with a whole home energy monitor, which allows us to finally get a grip on the energy used by our electric oven as the Kill A Watt cannot handle that beast. Additionally, the facility gifted itself an electric fryer for Christmas. Perfect chance to compare energy use of the oven to new kitchen gadget, or just an excuse to fry things… why not both? 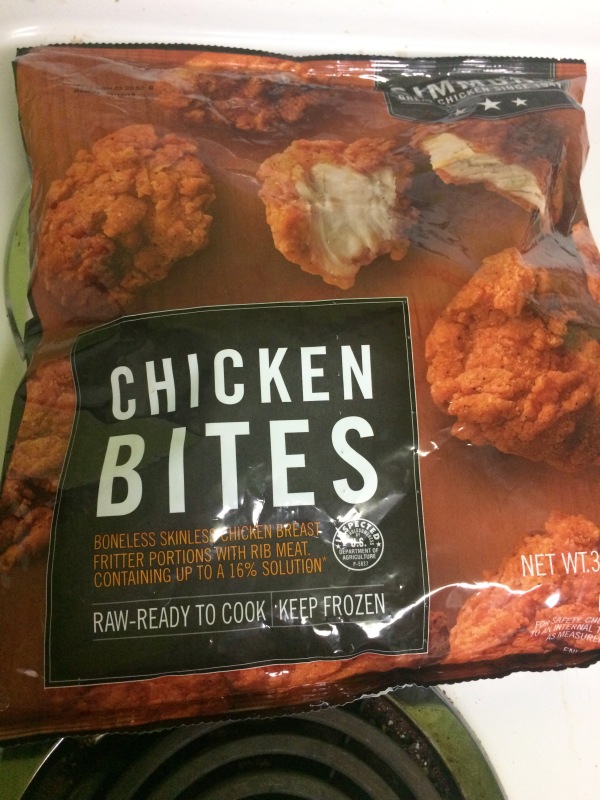 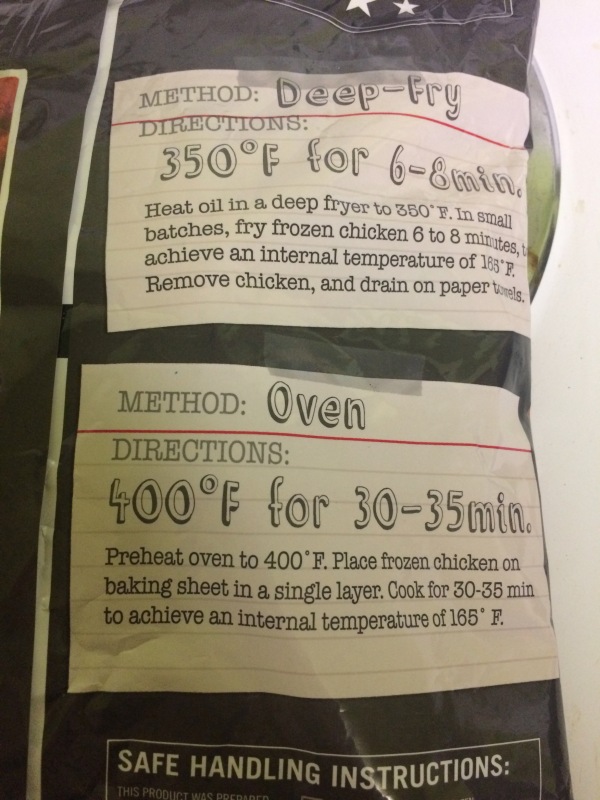 *The whole house meter obviously gives data for the whole house, so the resulting graphs are pretty noisy. This may also be a lower bound as the oven was used earlier in the day

Both resident taste testers agreed that the fried chicken things were better. The texture was superior and there were no off flavors, which were presumed to be from the slight burning on one side of the oven-cooked samples. 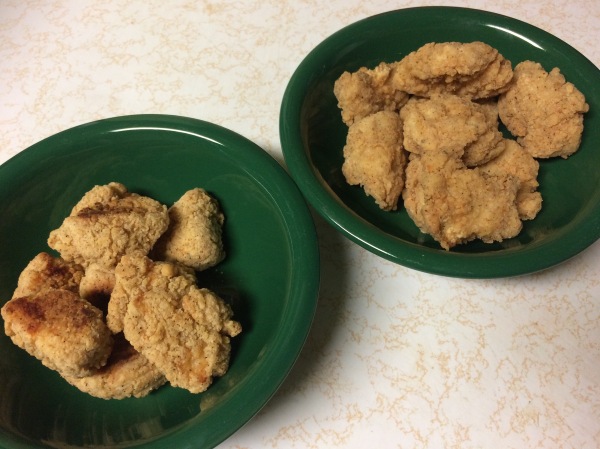 Frying wins! In addition to using significantly less energy than the oven, the results were better and the cooking process was faster. It did take marginally longer to preheat the fryer (11 minutes vs 8 minutes for the oven), but that was more than made up for with the shortened cook time. Overall, from starting the appliance to having finished noms was 38 minutes for the oven and 17 minutes for the fryer.

Can we better isolate the oven energy use (e.g. measure in the summer when the furnace is off, minimize other items that cycle like the water heater)? How long do items really need to be cooked to reach 165°F? Would elevating the chicken things on a cooling rack above the sheet pan prevent the off flavors?